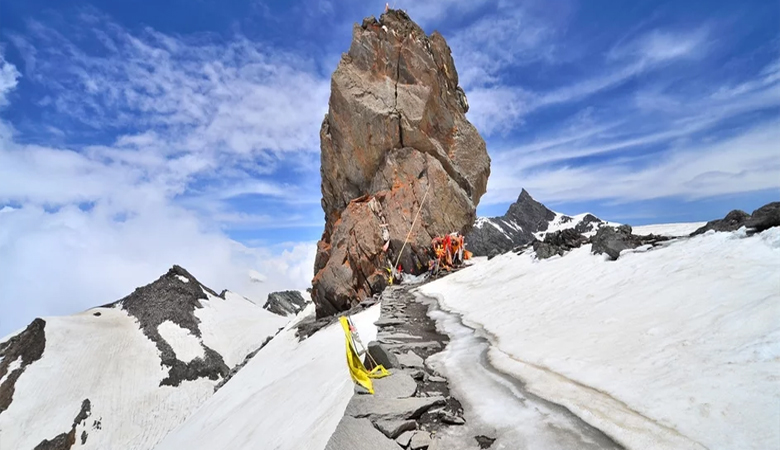 Shrikhand Kailash Yatra Package is one of the toughest journeys to the holy abode of Lord Shiva, in the Shimla district. The pilgrims are taken through a trail of hilly terrains by trekking. It is considered to be one of the hardest treks and the devotees need to climb a height of 5227 meters, to receive the blessings of Lord Shiva. There are two main routes through which the trekking can be done, that is, the Nirmand side and the Arsu side.

The major attraction of the pilgrimage yatra is the rock-made shivling which is about seventy feet in height and located at an elevation of 19,000 meters from sea level. The yatra is conducted during the months of July and August, on the eve of Guru Poornima. The winter months from October to February are avoided due to the occurrence of frequent storms and heavy rainfall, and a fall in temperature.

En route journey to the holy shrine, you can witness the breathtaking views of the Himalayan ranges from the scenic valley of River Parvati. There are also a number of temples that can be visited during the trek, such as the Temple, Bhimakali Temple, and Hatu Temple. Do not miss the sightseeing scopes at Jaun Village, Thachdu, and Kali Ghat.

On your arrival at Chandigarh Airport / Railway Station, Meet our representative and Transfer to Shimla which nearly takes 2 to 3 hours from Chandigarh. On arrival at Shimla check in at the Hotel and Overnight at Hotel.

On the next day morning after breakfast, we will drive to Bhimakali Sarahan and places to visit on the way. First, we will visit the Hatu Temple, one of the main temples of Narkanda which is located on the Hatu peak. Next, we will visit the Sun Temple which is a unique sun temple situated in the Nirath. Later in the evening, we will move to visit Bhimakali Sarahan Temple which is dedicated to the mother goddess Bhimakali. Dinner and overnight stay at Hotel.

Early in the morning visit Bhimakali Sarahan Temple for attending the Morning Prayer (Aarti) and after that we will have our breakfast and then move forward towards Jaun (SinghGaurd) which is the village of the terrain. On our way, we will visit Jeuri which is a hot water spring and after that, we will do some sightseeing in Rampur Bushahar which is a small city in Shimla. Then we will visit the famous Shiva Cave which is locally famous as Dhar Deo Dhank Cave. We will also visit the famous temple including Ambika Temple, Parshuram Temple, and the Kali Temple at Jaun.
On reaching Jaun we will have to trek 3 km towards SinghGaurd which is the last village of the region towards Shrikhand Kailash. Overnight at Camps.

The day will start early as we have to go for an early morning trek towards Bhimtalai. You will enjoy the 2-hour walk along the rivulet towards Bharati Nalla and climbing for 7 to 8 hours through a dense forest with an 80-degree slope to Thachdu, Kalighati. We will be reaching Bhimtalai descending downwards from Kalighati which will nearly take 30 minutes. Overnight at Camps.

The fifth day of our trip will as usual start with breakfast and after that, we will start our trek towards Parvati Baag which will nearly take 5 to 6 hours from Bhimtalai. You will love trekking along the beautiful flower valleys, water falls on your way. You will also get a chance to get acquainted with the region at the height of 14000 feet and its climate. Overnight at camps.

Our day will start early in the morning with the trek towards Shrikhand Mahadev. You will experience the beautiful landscape with a natural lake (Nain Sarovar), Rocks, glaciers, etc. You will reach the level of clouds and reaching at the height of 18,500 ft. we will do darshan of Lord Shiva’s Shrine Shivling. After praying at the shrine we will head back to Parvati Baag. Overnight at Camps.

On the seventh day we will trek back towards Thachdu. Overnight at Camps.

In the morning we will trek back to Village SinghGaurd (Jaun) Overnight at Lodge.

After breakfast, we will drive towards Shimla or Chandigarh for your final departure. 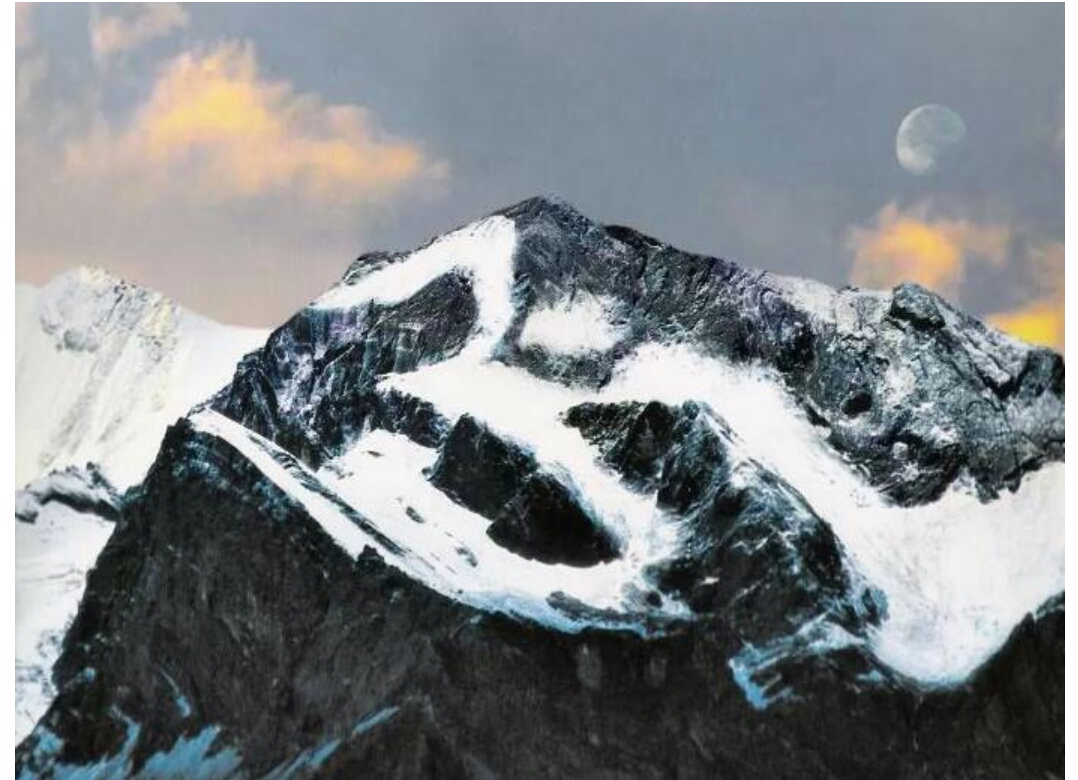 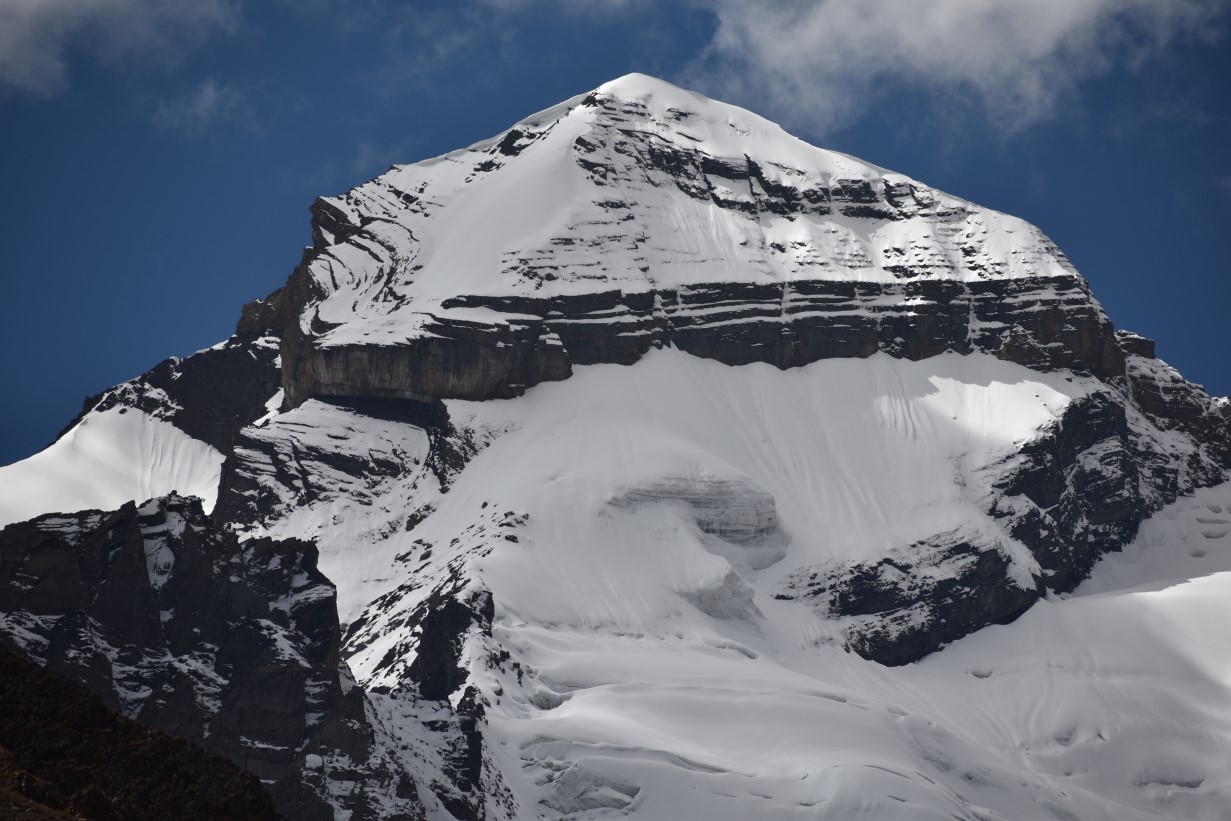 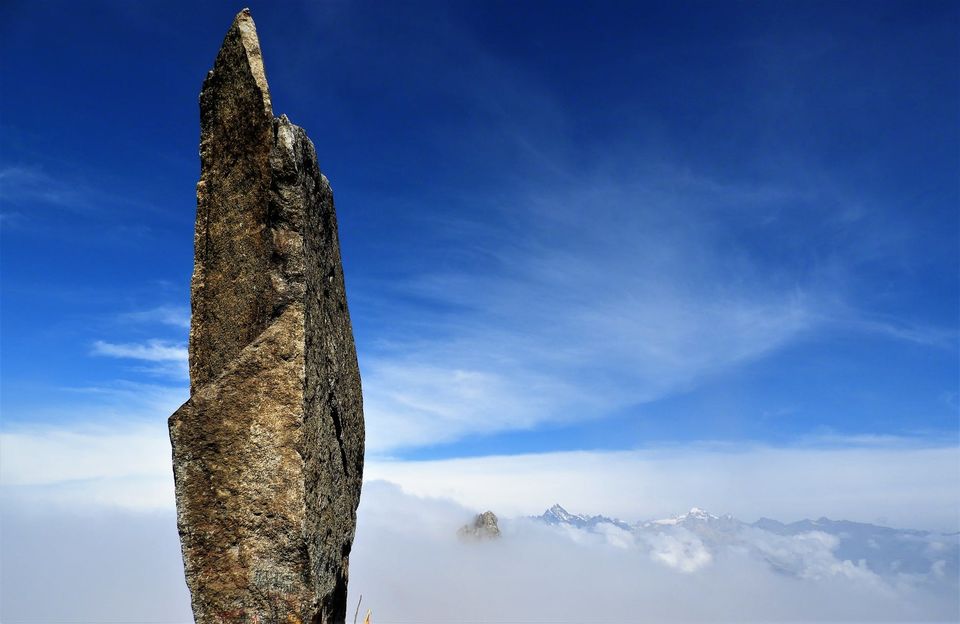 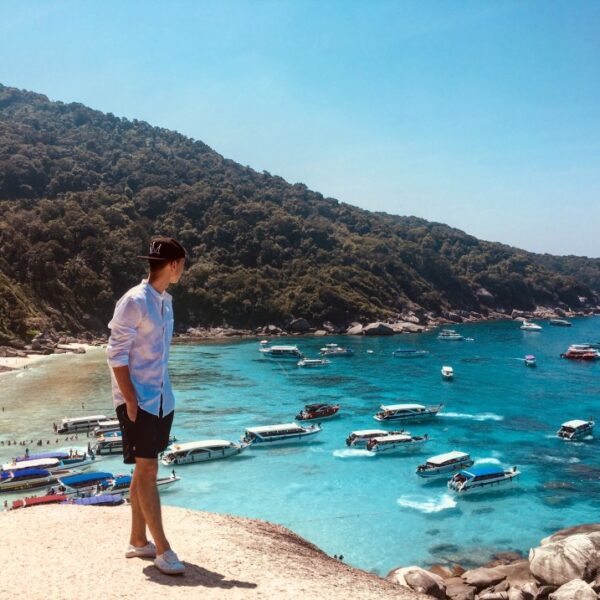 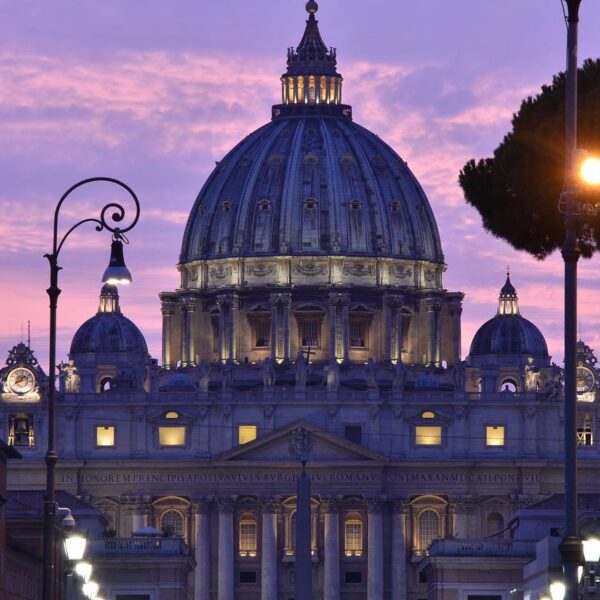 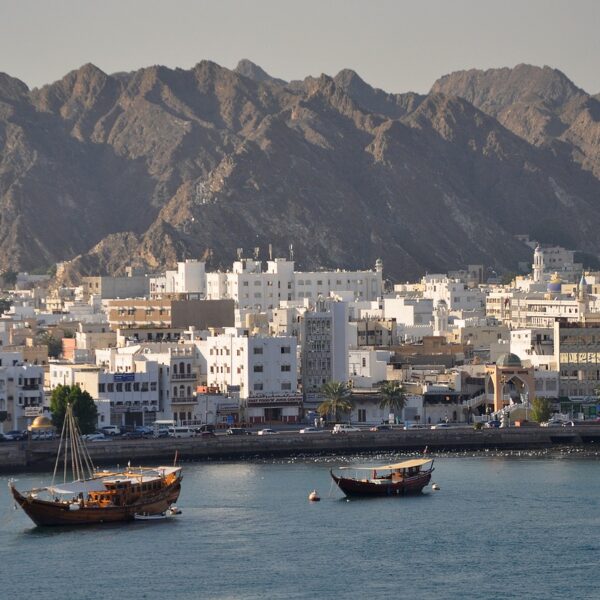 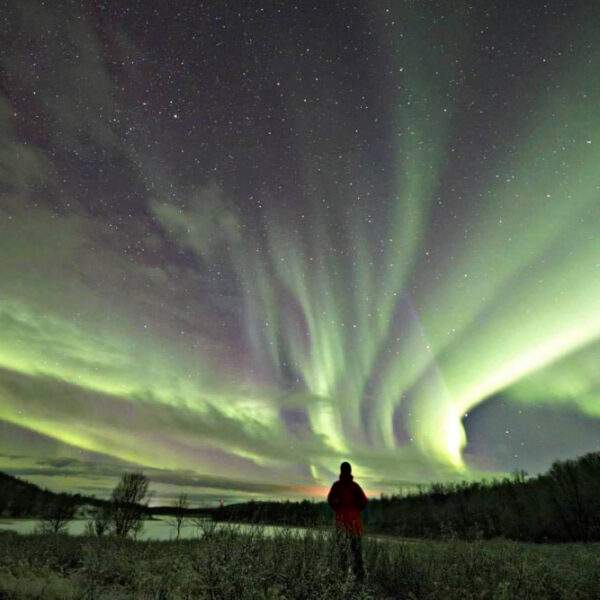 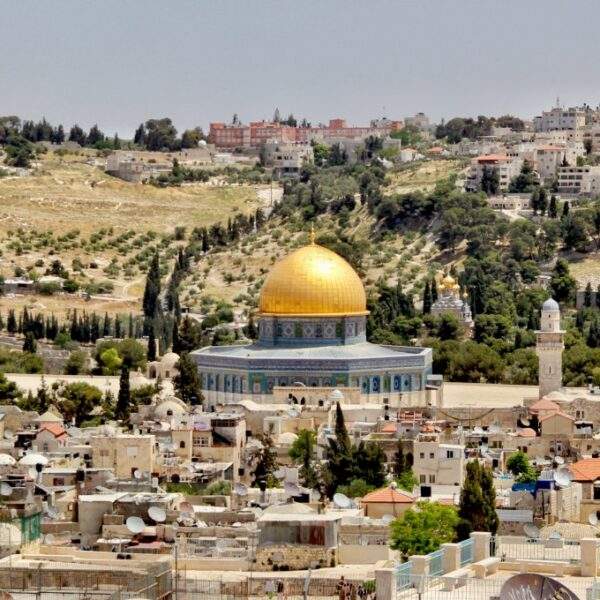 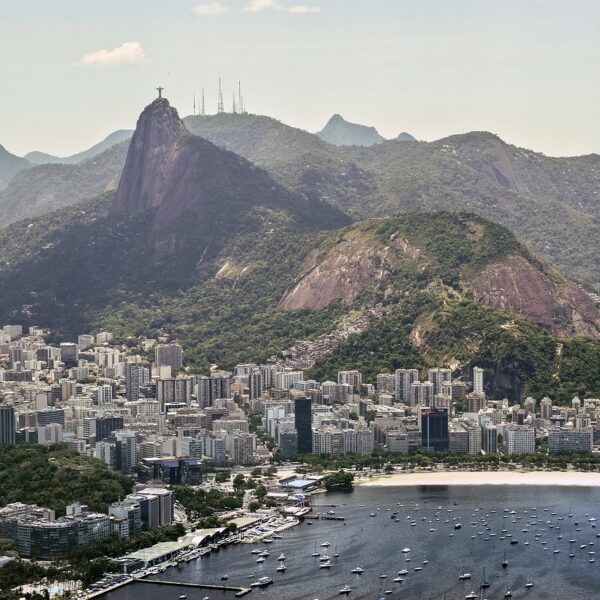 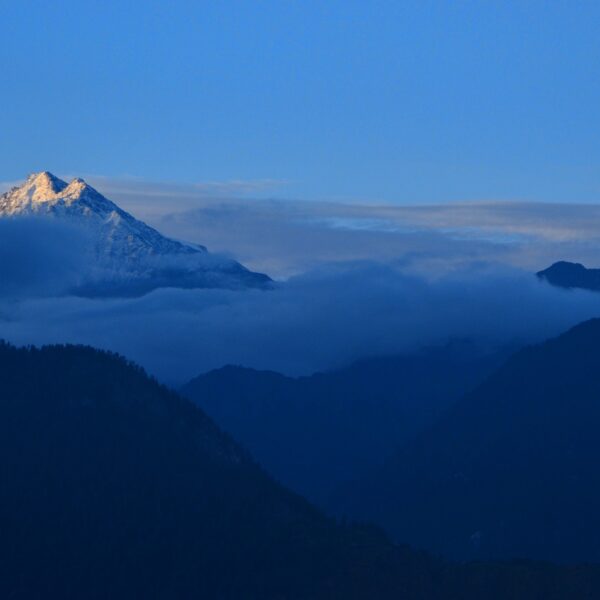 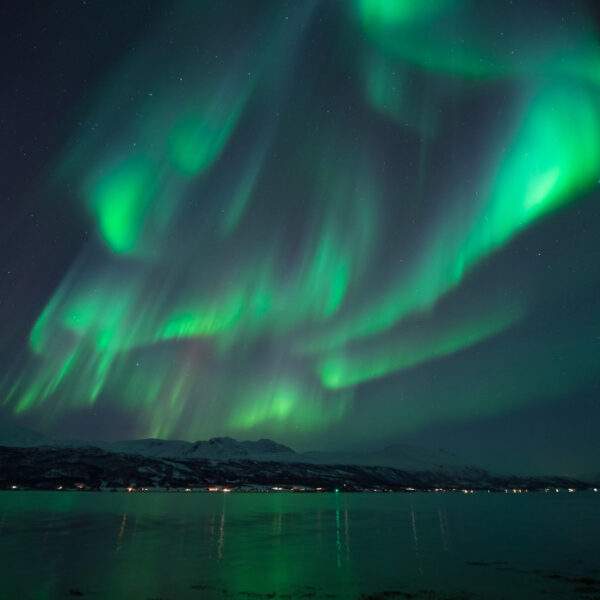 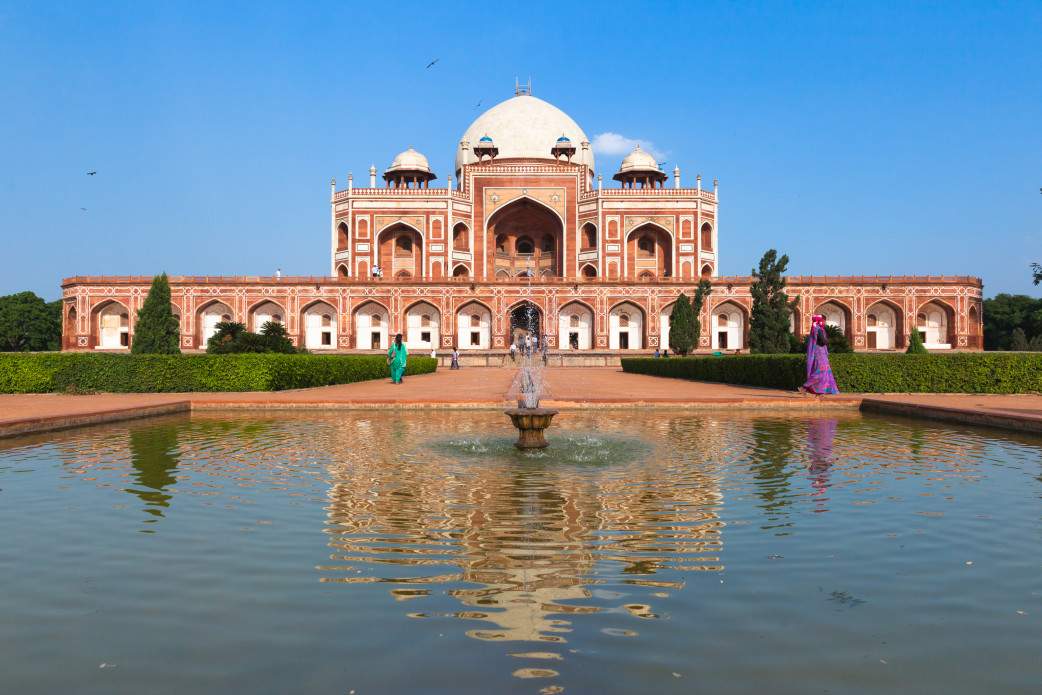 Most frequent questions and answers

HOW DO I BOOK A TRIP THROUGH LUXURY VACATIONS AND HOLIDAYS?

You will have to sign up to create an account on our website to book a trip. The best travel agents, for your specific destination will prepare an itinerary for your trip & provide you the best quotes in response to your request.

HOW DO I CANCEL MY PACKAGE BOOKING?

Log on to our website, visit the dashboard and you will see an option of ‘Active Trips’. Go to that option, click on ‘Cancel Request’ and your booking will be cancelled.

HOW CAN I WRITE A REVIEW / FEEDBACK FOR MY TRIP?

Team Luxury vacations and holidays send a feedback form to the traveler after he/she is back from the trip. The review scores are calculated basis the given feedback.

HOW CAN I GET IN TOUCH WITH LUXURY VACATIONS & HOLIDAYS?

HOW MANY PEOPLE CAN JOIN A TOUR?

We keep our group sizes low so you have the freedom to move around and get involved with your surroundings, as well as more personal attention from our local guides. This intimate size ensures that your group will not crowd your experience. You can expect up to 50 travelers on a trip but the average is 30. Check individual trip pages for maximum group sizes.

I AM A TRAVEL AGENT, WHY SHOULD I JOIN LUXURY VACATIONS AND HOLIDAYS?

Join hundreds of travel agents to get genuine and free leads on India’s largest online travel marketplace. You can reach millions of travelers and sell your packages easily by making use of our intuitive dashboard that simplifies your day to day activities. Our user-friendly interface will allow you to manage trip requests in a seamless way. To register with us, kindly fill this affiliation form and our team will get back to you to take the process forward.

WHAT ARE THE AGE RESTRICTIONS ON YOUR TOURS?

To travel independently you must be at least 18 years of age. There are no upper age limits for most of our tours. Also, travelers with pre-existing medical conditions are required to complete a medical questionnaire. Our Family Adventures are open to families with children aged between 6 and 17 years of age. Our standard (non-family) adventures are open to children aged 12 years or older when accompanied by a parent (max. two children per adult). The two-children-per-adult restriction does not apply to our Family adventures.

HOW MUCH BAGGAGE WEIGHT ALLOWANCE FOR DOMESTIC OR INTERNATIONAL?

This intimate size ensures that your group will not crowd your experience. You can expect up to 50 travelers on a trip but the average is 30.Check Individual trip pages for maximum group sizes.All Tickets would be eligible for a baggage allowance of 25 Kg for Adults / Children and 10 Kgs for infants in domestic sectors on the entire spectrum of Economy class. Passengers traveling on Alliance Air to Air India or vice versa would be allowed Free Baggage Allowance of 25 Kgs per passenger per flight.

WHAT ARE THE DIFFERENT MODES OF PAYMENT FOR BOOKING A TRIP ON LUXURY TOUR?

We have various payment options to give you a delightful booking experience:

Usually, Internet Bank Transfer is the cheapest mode of payment for the traveler, as for all the other modes, banks and payment gateway providers charge an extra fee which has to be charge by the customer.

The company reserves its right to cancel the booking being made by you or even amend the same, if necessary without assigning any reasons thereof. Such an amendment or cancellation may be due to circumstances beyond the control of the company. As per the policy of the company, the company in its best endeavors shall book alternate Hotels for you, after confirming the dates with you. However, at no point of time shall our Company shall be responsible or liable to pay any compensation or damage or any other expense or business loss suffered by you due to the cancellation or amendment of the tour package booked by you. You Can Check out here all the terms & conditions and policies as well.